Resurgent Tottenham defender Matt Doherty has seemingly reiterated his happiness at Tottenham in a recent interview when questioned about whether he came close to leaving the club in January.

Reports linked the Republic of Ireland defender, then struggling to get a game under Antonio Conte, with a return to Wolves in the January transfer window, perhaps as a makeweight for Adama Traore to move to north London in return. Such a move never materialised, however.

And now, two months after the close of the window, Doherty is back to some of his best career form, and has unseated summer addition Emerson Royal to nail down a spot in Antonio Conte’s Spurs side, rewarding his manager with two goals and three assists in his last 6 starts for the lilywhites.

But did he ever come close to leaving? Well, not in the eyes of the 30-year-old, who questioned where he would want to go aside from Spurs.

‘I didn’t come close [to leaving]’, he told the media. ‘I never had a conversation, nothing was ever said to me. From my point of view I was led to believe that I wasn’t going anywhere.

‘I don’t know if that’s the case, that is what my point of view was. You have thoughts at times that it wasn’t working out, I just decided that I wanted to train hard and I wanted to play here’, Doherty added.

And, the defender seemed to suggest he was very happy at Spurs, questioning where else he might spend his future.

‘Why would I want to go anywhere apart from Tottenham? I thought if I keep training hard and I keep doing what the manager wants the opportunity would come and it would be up to me to grasp the opportunity and at the moment I seem to be doing that well.’

The 5-1 hammering of Newcastle United on Sunday has got Tottenham fans once more dreaming of a spot in the top four come the end of the season, and the Champions League football that comes with it.

Antonio Conte has previously warned that his side need a ‘miracle’ to finish fourth, but Arsenal should drop points against Crystal Palace in a tricky game at Selhurst Park, the outcome of Tottenham’s season will once again be in their own hands as they host Arsenal in the rescheduled north-London derby at the end of the season.

Should Spurs find some consistency at this key point of their season, fourth spot and north London bragging rights could yet be theirs. 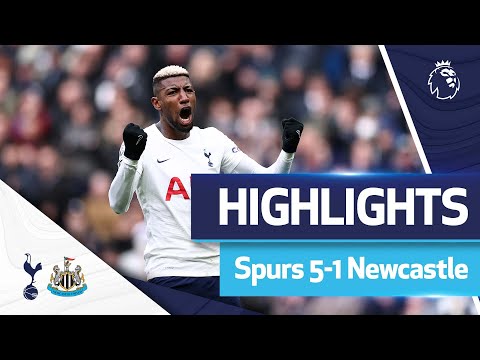 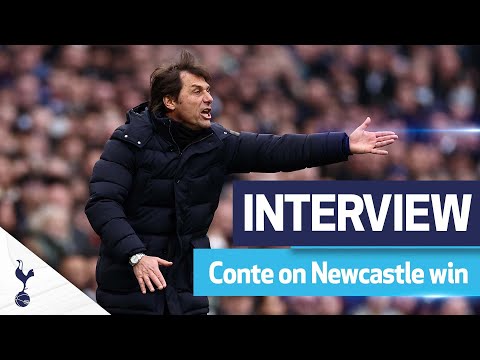