Jeremy has a master’s degree in law from Oxford University. A banker of 37 years who worked in three continents, he has been training with Dr. Holmes for the last 10 years as co-lecturer and, occasionally, as co-therapist, especially with clients whose financial concerns intrude into their daily lives

I can’t shake off thinking of someone else when my boyfriend (let’s call him Tom) and I are having sex. I try my best to stay in the moment, to feel good without thinking of someone else, but I always fail. If I don’t do it, I won’t enjoy having sex with him. Sometimes I even fake my orgasm just to get it over with. I’m not scared that he might judge me or get mad at me; I’m scared that he’ll blame himself.

Tom isn’t really a confident guy, which is the reason I still haven’t disclosed any of this to Tom. I’m scared it will scar him, that he won’t be able to get it off his mind, and constantly feel like he’s the one at fault here.

I’m now 27, Tom is 26. I am his second girlfriend; he’s my first. We try different things during sex; he’s always all over me like he’s so hungry for me. But I realized that something really changed with me and how my body reacts to him sexually. During the first years of our relationship, his just holding me close would already get me fired up, but now, I find it hard to be aroused by him. I keep on thinking back as to when this started but I can’t really point it out.

I love Tom and don’t want to break up with him; but I think I’m not as sexually attracted to him as I was before. I don’t know if that’s something temporary or something that can be fixed. I don’t know what to do. This is my first ever relationship and I don’t know how to act or how to handle what I’m feeling. I hope you can help me navigate my feelings.

Thank you for your follow up to our column.

Relationships are no more immutable than the human beings that form them and it is no surprise that their nature can change as time passes. They not only have their own cycle eg courtship, marriage, children, retirement, old age, death, but also are affected by accidents, disease, infidelity and countless other factors, including diminishing sexual desire, particularly in the case of longer relationships.

This latter is not necessarily a problem, however, when it can be attributed to, say, the aging process or when it is experienced by both parties, but in your case it is unilateral after only four years, and therefore merits scrutiny.

Of possible significance in your instance is the sexual response cycle (SRC). Various models have been put forward, the commonest being the Masters and Johnson version from the 1960’s which posits a linear progression in both sexes:

The major issues with this are its linearity, its failure to differentiate between the sexes, its focus on measurable biological changes, and consequent omission of any psychological or emotional factors.

Other models have since been developed, including Whipple and Brash-McGreer’s circular model for women:

From the above it is clear that there are many possible SRC’s and this is something that you, Jana, may wish to explore further.

As you describe him, Jim appears to experience desire followed by arousal, whereas you require arousal in order to progress to desire. You really need to talk this (and your fantasies) through with him if you want a long-term relationship together. Is there any form of foreplay that either (or both) of you could add to your lovemaking that would trigger your desire? Are there any major intimacy or other psychological issues weighing on your relationship?

If at the end of the day, after the two of you have explored all your options, you still have no answers, then you may have a straightforward choice between living with the present situation and relying on fantasy to help your orgasms or finding another partner .

all the best,
JAF Baer 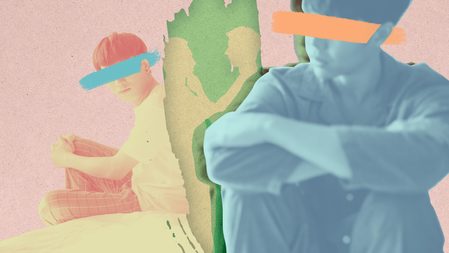 Thank you so much for writing us. Mr. Baer, ​​thank you too for writing about the different kinds of female orgasm, which I feel is so important so you, Freeya, understand that there are many ways to ratchet up your sex lives.

Thank you especially for clarifying that you’re “not scared that he might judge me or get mad at me, I’m scared that he’ll blame himself.” That is an important distinction. But, Freeya, even if your reason is out of kindness, not fear, you are still manipulated (whether it is conscious on not on Tom’s part) and feel you cannot tell Tom what you really feel.

So, difficult as it may be for you, I strongly suggest telling him about your fantasies and inviting him to explore with you what ways you can try to bring the “spark” back into your lives.

It is difficult, I know, but as Mr. Baer said in a previous column, “Fortes Fortuna iuvat (Fortune favors the brave).”

All the very best, my brave and fearsome love warrior,
MG Holmes

Please send any comments, questions, or requests for advice to twopronged@rappler.com.