Trent Alexander-Arnold stood out in Liverpool’s 1-0 win at home to West Ham, as the Reds kept up the pressure on Man City.

Jurgen Klopp’s men knew a victory over the Hammers would take them to within three points of City, ahead of Sunday’s Manchester derby.

It wasn’t a classic at Anfield, but Liverpool got the job done after Sadio Mane profited from Alexander-Arnold’s cross-cum-shot to seal the three points.

LIAM: The result, for starters!

Just as Man City eked a 1-0 win on the other side of Stanley Park at the same timeslot last week, the Reds dug deep to secure a scrappy victory by that same scoreline to temporarily move within touching distance of Pep and co.

It didn’t make for serene viewing, but give me that over an unlucky draw or defeat any day, especially when we’re this close to the top of the Premier League.

We’ll discuss Trent Alexander-Arnold in more detail momentarily, but let’s also giveouts to Luis Diaz, who looks like he could make magic happen every time he touches the ball, and Naby Keita, whose tracking back to thwart Michail Antonio may well have preserved victory.

Ibrahima Konate also did an excellent job against the West Ham forward.

HENRY: There will be far better performances this season, but this was another case of the “Mentality Monsters” shining through.

In the past, I have absolutely no doubt that Liverpool would have drawn that game. 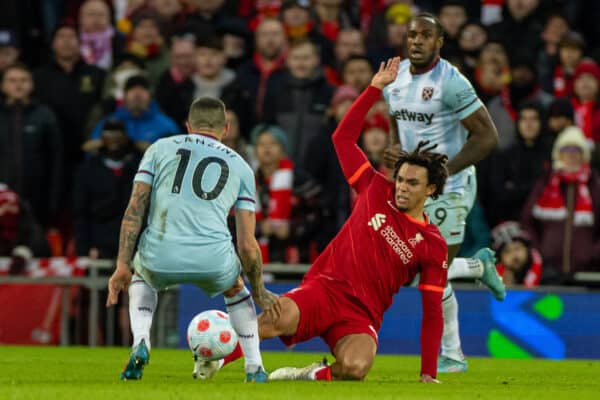 I thought Trent was a standout – more on him later! – but Konate is also more than worthy of a mention.

Up against the horribly dangerous Antonio, the youngster did a superb job in handling him, even though he had his moments.

Diaz was again excellent, too. He really does look like a sensational signing – a hybrid of peak Mane and Luis Suarez.

With Mane and Salah arguably showing signs of a little bit of fatigue, Diaz is going to be an enormous player in the coming months.

All in all, it was a gritty, successful day at the office, which can sometimes be the most enjoyable.

MATT: There was definitely that feeling that there might be a sting in the tale and Henry’s right that four, five years ago we’d have drawn that late on. So it’s good that that didn’t happen!

Konate, Diaz and Trent were the top three individuals for me. Diaz adds that unpredictability that makes it hard for defenders to know what’s going to happen.

Konate really stood up to the physical side and get tight, aggressive defending against Antonio. It seemed the whole defense had that about them after what happened in the away game. Robbo, Trent and Van Dijk were also front-footed and determined. 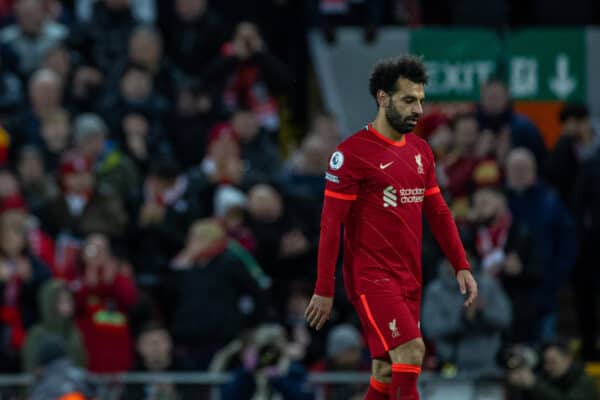 LIAM: I commented during the match that I felt we were taking the wrong decision all too often in the final third and it was something that the Match of the Day pundits also brought up.

There were several instances where a short pass or layoff could have created an inviting opening, only for the man in possession to run into a dead-end and lose the impetus of attack.

Salah was culpable of that on occasions and his overall performance was well below the standards we’ve so often come to expect.

He’s more than earned the odd off-day here and there, although he knows he’s capable of much better.

I’d also ask why Jurgen Klopp was so slow to make changes when we were relinquishing control in midfield midway through the second half and when Salah was looking a tad jaded.

If West Ham were less wasteful up front, it could have bitten us big time. 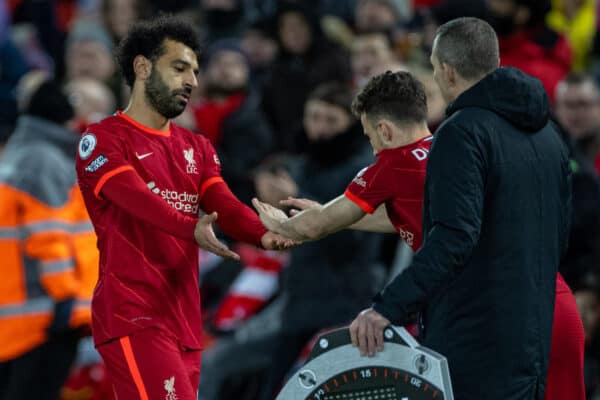 HENRY: As mentioned, the performance wasn’t the most cohesive, but we’ll forgive them this one time!

Salah was well short of his best and arguably has been a few times since AFCON – I just hope all those extra times aren’t taking their toll.

The game management wasn’t always great in the latter stages, either, if I’m being picky, and Fabinho wasn’t his all-conquering self.

MATT: Klopp had it spot on in his press conference that we took the first opportunity to shoot too often – and Salah was certainly the most guilty of that.

The atmosphere was a bit disappointing, aside from a five-minute spell in the second half. Expected better after winning a trophy a week ago, on a Saturday night. Hopefully, Tuesday brings the noise.

And Trent the game-changer… 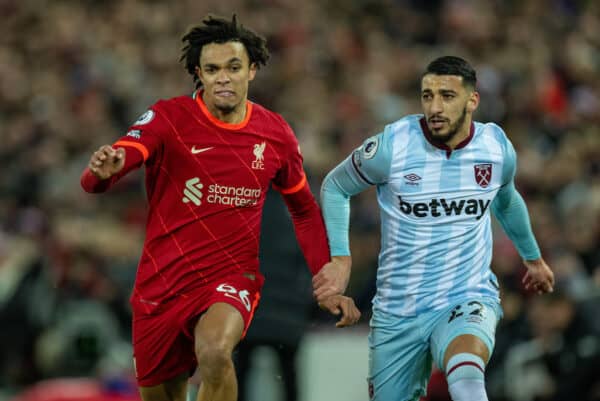 LIAM: The man himself commented afterwards about him and Andy Robertson “changing the game” from the full-back positions and he once again highlighted how crucial he is to Liverpool’s attacking play with the all-important pass for Mane’s decisive goal.

To think that he is only nine assists away from the Premier League record of 53 for a defender at the age of 23 is staggering; it would take something unthinkably drastic for him not to leave that tally in the mud.

Just as important, though, was that goalline clearance in the first half – shades of James Milner against Bournemouth two years ago this weekend.

Some Chelsea fans may have been trying to draw comparisons with Reece James after his goal earlier in the day, but I would not swap our right-back for any other in world football.

HENRY: You start to take Trent for granted – I do, anyway! – but what he is doing is frankly ridiculous.

This is a player who is unquestionably the best in the world in his position and is the premier attacking full-back since Dani Alves, in my opinion. 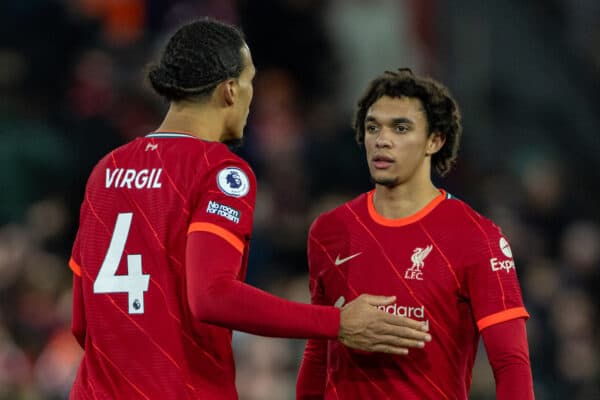 He was fantastic against West Ham, assisting the goal and providing so much quality, and his season is going from strength to strength.

If Trent avoids serious injuries, the sky really is the limit for him at Liverpool, in terms of being one of the true greats at Anfield.

It’s like those who criticize the high-line defence, and those before who criticize zonal marking. They’re all litmus tests for how well you actually watch or understand football.

Trent was superb here, and that goalline clearance was as good as a goal.

He’s going to set the Premier League assists record so high that nobody will ever get even remotely close. He is already and certainly will be remembered as a revolutionary player in the history of English football.