Manchester City boss Pep Guardiola has issued a squad update ahead of the second leg of their clash with Sporting Lisbon, and it is not good news for the Citizens.

Fortunately, they are almost guaranteed to go through, currently holding a 5-0 advantage from the away leg, but the injury issues are continuing to mount. In addition to Kyle Walker’s suspension, Joao Cancelo is set to miss the game through illness, as the Manchester City boss revealed that just 14 senior players are available to take on the Portuguese side.

‘We don’t have many, many players – we have just 14 available’, Guardiola told BBC Sport ‘We have a few problems – suspension for Kyle [Walker]Joao [Cancelo] can’t play.’

Additionally, both Ruben Dias and Nathan Ake are still injured, with the Spaniard claiming that Ake cannot be risked given that Dias is also set to be sidelined for around 6 weeks.

‘Tomorrow is too risky and with Ruben Dias out for a long time (up to six weeks) we cannot risk another central defender. I know we have five days before playing Crystal Palace. After this game we have some recovery days but we cannot lose Nathan. It’s too risky, the doctor said to me.’

Of course, in the case of Kyle Walker, it was an avoidable absence, with the English defender getting sent off against RB Leipzig in the group stages.

And Guardiola was quick to direct his fury at the veteran defender, and even revealed that he disagreed with the decision to appeal the decision, an appeal that ultimately failed.

‘Kyle Walker deserved the three, he did a stupid thing’, Guardiola said.

‘I am still so angry with him. He knows it. He’s so important for us. See how he played against Manchester United? Against Leipzig he did this action when we had qualified, he deserved it.’

‘The club appealed, I do not agree. Hopefully he will learn for the future.’ 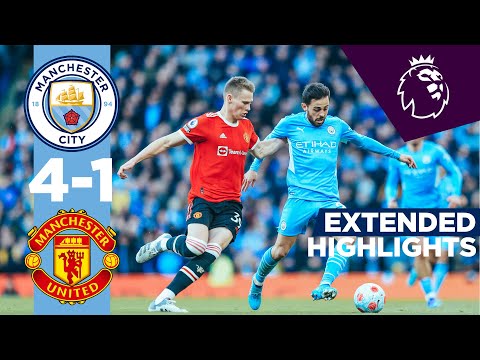 City go six points clear at the top of the Premier League, though second…