The Philippines yesterday began setting up a “mega department” that will explicitly handle the welfare, rights, and employment conditions of Filipino migrant workers.

Thanks to Republic Act 11641 (signed just last December 30 by President Duterte), the Department of Migrant Workers (DMW) started becoming operational April 4, with the approval of the law’s implementing rules and regulations (IRR) – though there will be a two -year transition for the DMW to be fully operational, said Foreign Affairs Undersecretary Sarah Arriola.

This fulfilled electoral promise by President Duterte will see bureaus and offices from three departments — Labor and Employment (DOLE, with five), Foreign Affairs (DFA, one), and Social Work and Development (DSWD, one)— now housed under one roof .

The Philippine Overseas Employment Administration (POEA) will spearhead the offices under the new department. Joining the POEA will be the National Reintegration Center for OFWs (NRCO), the Philippine Overseas Labor Offices (POLO), the International Labor Affairs Bureau (ILAB), and the National Maritime Polytechnic (NMP). DFA’s Office of the Undersecretary for Migrant Workers Affairs (OUWMA) and the DSWD’s Office of the Social Welfare Attaches complete the DMW cast. As a footnote, for each embassy and consulate, there will now be a Migrant Worker’s Office (MWO) that serves as the DMW’s overseas frontline. In addition, the Overseas Workers Welfare Administration (OWWA) will be the only attached agency of the DMW since OWWA has its own charter as a semi-government-owned and controlled corporation (GOCC) while also serving as a welfare agency.

Even with their specific previous mandates, these absorbed offices will try to find ways to coordinate especially when distressed overseas Filipino workers (OFWs) seek government aid in both host countries and in the Philippines. Yetly admitted, prior to RA 11641, a Philippine embassy or consulate already has DOLE’s labor attache, the welfare officer from OWWA, the social welfare attache, the assistance-to-nationals (ATN) personnel of the DFA, and of course the ambassador or consul-general. These various Philippine government personnel work in the spirit of what is called the one-country team approach that the ambassador or consul-general spearheads.

And when the OFW needs to be repatriated, the embassy or consulate then cooperates with DFA-OUMWA and with OWWA. The now two-year-old COVID-19 pandemic saw this coordination by OUMWA and OWWA, leading now to over 900,000 returnee OFWs being assisted.

Perceived coordination confusions, and probably puzzlement for the OFW seeking help and assistance, prompted lobbies for RA 11641 since July 2016. Prior and during the pandemic, lobbyists aver that OFWs go through a maze of offices to seek immediate help; to report erring employers and recruitment and management agencies; to file cases; to seek economic aid for returnees’ reintegration; and to access psychosocial services for OFWs (especially women) in vulnerable and distressful situations.

This plethora of agencies was a by-product of the decades in which the Philippines had regulated the overseas labor migration of Filipinos, especially for OFWs or temporary migrant workers. Since the enactment of the 1974 Labor Code that began the regulation of overseas employment, agencies had been set up for migrant workers. As for permanent migrants or emigrants, we have the Commission on Filipinos Overseas (CFO) serving their needs and also ensuring their safe and orderly migration. 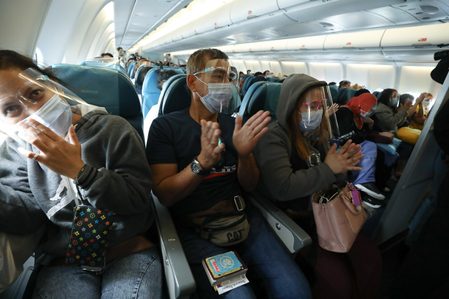 Come the mid-2000s, not only was the NRCO formed, but other agencies outside of the migrant sector have dipped their hands to serve OFWs and even permanent migrants and naturalized citizens abroad. There’s DSWD. We have the social protection agencies such as the Philippine Health Insurance Corporation (PhilHealth), the Social Security System (SSS), the Pag-Ibig Fund, even the Department of Justice (DOJ) because of its hosting of the Inter-Agency Council Against Trafficking (IACAT). Of course, the Bangko Sentral ng Pilipinas (BSP) regulates the remittance products being offered in the market while recording remittance inflows.

And because overseas migration reveals itself to be a multi-faceted phenomenon, other agencies also got involved: Departments of Agriculture, Education, Science and Technology, Trade and Industry, Health, and their bureaus and attached agencies. Even the Department of the Interior and Local Government (DILG) came into the fray and mandated provincial, municipal, and city local government units (LGUs) in May 2020 to set up “DILG OFW desks.” Come the mid-2010s, finally the National Economic and Development Authority (NEDA) explicitly devoted a separate chapter for overseas Filipinos in the Philippine Development Plan (PDP).

All these governmental and policy developments have seen the emergence of overseas migration as a major phenomenon in the country’s socio-economic and cultural life.

Over the decades, overseas migration has also evolved. The Philippines continues to implement quick-response efforts to assist OFWs in pandemic distress and in need (which the further made evident). But there are also other efforts: regulating the growing recruitment industry; directing remittances to development and to safe, fortuitous investment and entrepreneurial products and activities; looking at the manpower and other development needs of the country; among others.

Let us return to the DMW. The full opening of this department in 2024 comes as the Philippines celebrates the 50th anniversary of the 1974 Labor Code, which formally began facilitative overseas labor migration and its regulation by the country.

Some migration analysts have looked at the provisions of RA 11641 and noticed that most of the provisions may have overemphasized the regulation of overseas employment. It’s like going back to the 1970s, one female migration analyst said, if one looks at Section 6 (“Powers and Functions”) of RA 11641. Reintegration was mentioned, though, in Section 17. Meanwhile, an AKSYON Fund (Agarang Kalinga at Serbisyo para sa mga OFW na Nangangailangan) is to be set up at the DMW to provide legal and other forms of assistance to OFWs. That is while the DFA retains its ATN funds and its Legal Assistance Fund “for the benefit of other overseas Filipinos and for consular assistance services.”

Secondly, will the DMW address long-perceived “coordination confusions” by migration-related agencies? Even with the multiple government agencies involved in helping OFWs and other overseas Filipinos, globally the Philippines is remarked as the “gold standard” among origin countries in managing overseas migration. In 2015, a “Joint Manual of Operations in Providing Assistance to Migrant Workers and Other Filipinos Overseas” was issued by DOLE, DFA, DOH, DSWD, POEA, and OWWA in the hopes that overlapping services for OFWs will be avoided. That Joint Manual may have not worked out, which is why the DMW brandishes itself as a new Philippine approach to manage overseas migration.

The DMW also represents a consolidated front to highlight the needs of overseas workers in relation to the other development needs of the country. But immigrants/permanent residents and Filipinos naturalized abroad also want a stake in their homeland’s development. How the forthcoming new government puts forward newer ideas to serve overseas Filipinos (not just migrant workers or OFWs) and to maximize their financial resources and their well-being to benefit their families and the Philippines will be interesting to see.

Now, the Department of Migrant Workers is here. On the part of ordinary overseas Filipino workers, they just want a more responsive, less bureaucratic government helping them out. If this DMW formula works starting in 2024 and in the post-pandemic years to follow, only then the Philippines will see her “migration and development management” efforts leading for the better. – Rappler.com

Jeremaiah Opiniano is from the Institute for Migration and Development Issues. The Institute is a nonprofit thinktank doing policy research, databanking, and social commentaries on migration and development issues in the Philippines. Email: ofw_philanthropy@yahoo.com