Liverpool Women are on the brink of securing their place back in the WSL after another run of strong results has them placed head and shoulders above their Champions rivals.

The target set at the start of the season is within reach for Matt Beard’s side, with only four games remaining in what has been a nearly flawless season.

After 18 games, Liverpool have 43 points to their name — eight points more than the next-best Bristol City who have a game in hand — and staggeringly, have conceded just six goals in that time.

With only a handful of games remaining, Liverpool Women have laid the foundations and now their job is to see it out and return to the top-flight after two seasons in the Championship.

The last six fixtures have provided a mix of results and a number of valuable tests for Beard’s side, including a meeting with WSL leaders Arsenal in the FA Cup.

A total of eight goals hit the back of the net and five were conceded in the latest run of games, with the Gunners responsible for four of those in what was a clinical display.

It was not an alarming sight with Arsenal set to be a regular opponent next season but the match at Brenton Park will have offered plenty of valuable lessons and highlighted once more the importance of making the most of your chances.

In the Championship, only fourth-placed London City found a way to breach Liverpool’s formidable backline that has conceded only six across 18 league games.

Notably, against Coventry, Sunderland, London City and Charlton responsible a total of six players were for the eight goals scored with no clear reliance on one individual player. 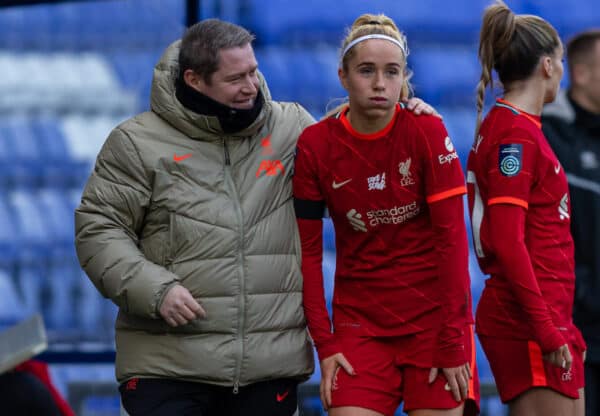 Leanne Kiernan has been prolific throughout the season but was aided by the likes of Katie Sengel, Missy Bo Kearns and Yana Daniels, not to mention the ever-impressive Taylor Hinds.

The left-wing back signed a new long-term deal in January and has been a standout for Beard throughout the season, providing attacking thrust and defensive stability in equal measure.

Charlton proved a stubborn opponent at home to end the latest run of games but a draw still added another point to the tally and edged Liverpool one step closer to promotion.

Player of the Month: Taylor Hinds 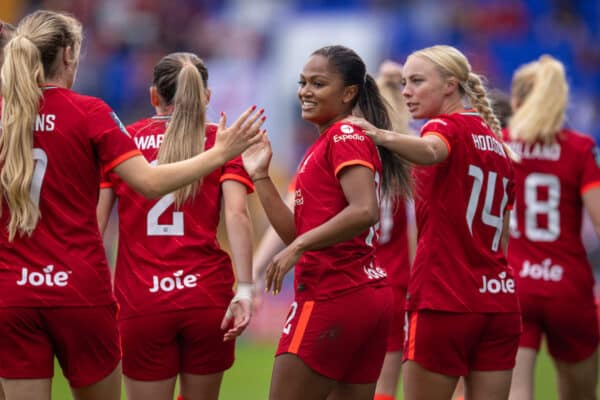 Starting the month with a stunning strike from 25 yards out with you right foot was one way for Hinds to put her name in the hat for the standout player of the month.

When you then add an assist and her defensive work rate that has proved vital to shutting out the opponent, you have a recipe for success.

The 22-year-old has gone from strength to strength under Beard and a shift to left-wing back has unlocked her potential driving into the final third, and Hinds will remain crucial for the remainder of the season. 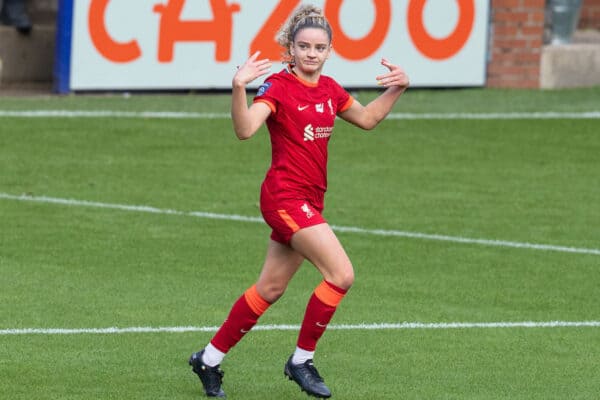 There are only four league games remaining for Liverpool and promotion is firmly in their hands, with of their title win now seemingly only a matter of confirmation time.

It makes for an exciting time for the Reds, who can sign, seal and deliver their return to the WSL in just two games’ time they should notch three points against both Durham and Bristol.

It will not be a straightforward run-in with their remaining four opponents all sat in the top eight, but it is against second-placed Bristol where they can inflict the most damage.