CEBU CITY, Philippines – Much is at stake in the local campaigns in the country’s most vote-rich province of Cebu, which kicked off on Friday, March 25.

The mood at both local campaigns was festive, noisy, and energetic.

Rama is a former member of BOPK, but bolted the group in 2012 and formed his own local party, originally called “Team Rama” before it became “Barug Team Rama” and then finally “Partido Barug” in 2018.

After the Mass, Rama told the media that he wishes for a peaceful campaign period and urged supporters to “cool their heads” to prevent election violence.

While there have been no areas identified by the Commission on Elections as “areas of concern” so far, in 2019, there were dozens of reports of election-related violence, harassment and intimidation in the lead-up to the midterm polls.

On the topic of election violence, Margot Osmeña, Rama’s rival for mayor, said she hopes that the election would be more peaceful this time around. 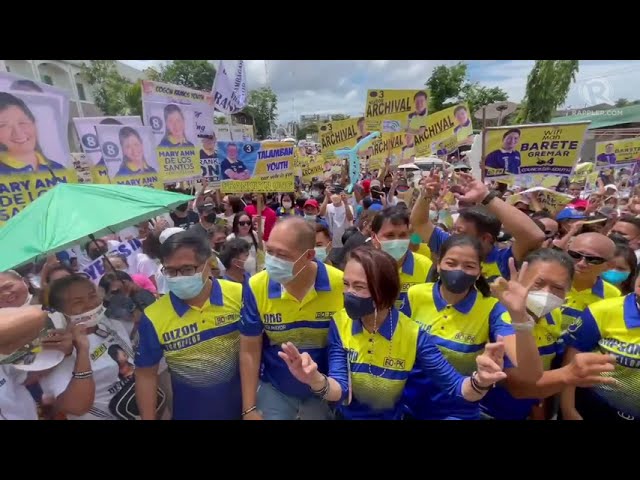 “We pray, of course, that it would not happen again and that the true will of the people will prevail. We signed a peace covenant and hopefully, we keep our words,” Margot said in a mix of English and Cebuano after her group attended an opening salvo Mass at the Archdiocesan Shrine of Our Lady of Guadalupe de Cebu.

Last Tuesday, March 22, local candidates signed a peace covenant at the Cebu Provincial Police Office (CPPO) headquarters, promising not to use violence during the election period.

The Garcias did not waste any time hitting gubernatorial challenger, first-time candidate Ace Durano, during One Cebu’s opening salvo. 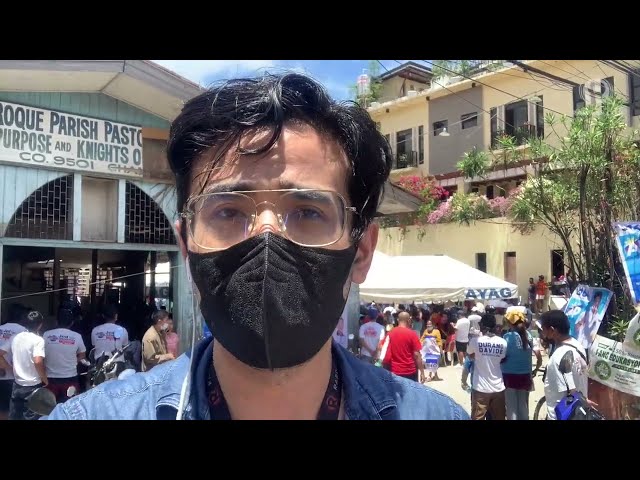 “Governor Gwendolyn Garcia has been serving for 18 years… In our 45 days of campaign, what we are simply going to ask is, are we going for proven service or service we do not know of yet?” One Cebu Secretary General PJ Garcia, also Cebu 3rd District Representative, asked supporters who attended their event.

Gwen Garcia herself hit her current vice governor Junjun Davide, who is running for reelection.

This time, Davide is teaming up with former tourism secretary Ace Durano to try to derail Garcia’s reelection bid.

The Durano-Davide tandem attended an opening salvo Mass on Friday morning in the Durano bailiwick of Danao, followed by a caravan and a mini-rally in Liloan town.

After Durano filed his certificate of candidacy in October 2021, Garcia hit the first-time candidate for being a “johnny-come-lately” for allegedly being absent during the COVID-19 pandemic, yet criticizing the incumbent governor for her pandemic response.

While the Durano family’s influence is largely limited to the province’s 5th Distrct in the northeast, Davide said his being from Argao town in the southern part of the province is what gives him hope that they could win in areas where the Garcias’ formidable One Cebu party is dominant.

“Signs have been good. Since I’m from the south, I’ve been campaigning and introducing Ace to people,” Davide, a former three-term governor, said.

“We are hopeful in the south that we can get it,” he added.

The tandem has also been purok and sitio meetings in these towns that are considered strongholds of One Cebu.

So far, the Osmeñas have declared support for Vice President Leni Robredo’s presidential bid. They are supporting Senator Tito Sotto, however, for president.

Rama is supporting the Uniteam tandem of Ferdinand Marcos Jr. and Sara Duterte for president and vice president, respectively.

Durano, for his part, said he’s only sure about supporting Duterte for vice president. His party Partidong Pilipino sa Pagbabago (PPP) is in talks with Partido Federal ng Pilipinas, the party of Marcos.

When asked who he supports, Durano said “that’s between me and my ballot.”

Among Durano’s supporters, there is a sizable group supporting Robredo-Pangilinan, and another camp supporting Uniteam’s Marcos-Duterte tandem.

Robredo won in Cebu in the 2016 vice presidential elections with over 800,000 votes, followed by then-senator Alan Peter Cayetano with 436,000 votes, and Marcos with over 300,000 votes. – with reports from Lorraine Ecarma/Rappler.com