Liverpool kept the pressure on Champions Manchester City with a comfortable 2-0 win over Brighton at Saturday Lunchtime.

Luis Diaz gave them the lead 20 minutes in with a brave header, for which Robert Sanchez could have seen red but survived, before Mo Salah added a second with an emphatic penalty ten minutes into the second half.

Luis Diaz opens the scoring after an incredible pass from Joël Matip! 🔥

Despite being taken out by Robert Sánchez the Liverpool forward is ok to carry on 🙏 pic.twitter.com/Vka83JoN2X

In truth, Liverpool didn’t break a sweat, and will already be looking ahead to their trip to the Emirates on Wednesday evening. The ease of the game is reflected in the player ratings.

Was fortunate to escape a card for a late challenge on Luis Diaz after 20 minutes. Had little else to do in a game that was decided by two big moments.

Used his express pace well against Robertson, but the Scotsman dealt with him relatively well. Struggled against Luis Diaz in the opposite direction. The Brighton man doesn’t seem quite where he was before his injury.

Filling in for Shane Duffy again, Veltman could do little about the second goal. Let Diaz run between himself and Lamptey for the opener however.

Did well to stop the counter-attacks that Liverpool employed in the second half, but in truth the game was dead by then.

Did okay in both directions, keeping Sadio Mane and Mo Salah relatively quiet, but offered little end product and was uncharacteristically sloppy with his passing.

Virtually anonymous in midfield and outshone by Bissouma. Brighton consistently lost the battle in midfield in the second half, and Alzate seemed to be a passenger.

Controlled the midfield for the first half, and offered a reminder of his credentials to those who had been sniffing around him last summer. However, lost control in the second half and gave away a cheap penalty for handball that put the game to bed on the hour mark.

Got into some good positions as the game wore on, but couldn’t pick a man out in the penalty area.

Blazed one good chance over the bar. Was diligent with his pressing but could not really get into the encounter.

Continued to press late into the game, which earned him a yellow card for a foul on Alisson. His inability to hold the ball up nor run in behind consistently lays bare just where Brighton’s problems lie, however.

Was wasteful with possession and picked up a yellow card for a late challenge on Jota. Hard to see what he adds to the Brighton side.

The former Liverpool man was introduced at half-time, but suffered an injury just moments afer coming on and was subbed off again after 50 minutes. As a result, had no impact on the game.

Came on for the stricken Lallana but couldn’t influence the game as Liverpool saw out a comfortable win.

Offered Brighton a focal point and the Seagulls improved as the game petered out. Was unable to swing the result, however, seeing a late header saved by the Liverpool goalkeeper.

Was perhaps fortunate to escape conceding a free-kick for handling the ball outside the area, but had little to do saves-wise apart from one late save from a Danny Welbeck header.

One beautifully flighted pass set up the opening goal, and looked imperious next to Virgil Van Dijk. With Matip and Ibrahima Konate, there is serious competition for the second center-back slot.

The Liverpool defense always looks far more comfortable with him in it, and although he did nothing notable, everything he did oozed quality.

A quiet game for both fullbacks, Robertson had his hands full defensively with the attacking runs of Tariq Lamptey, but dealt with the Brighton man well. Meant that he offered little going forwards, however.

Mr Consistent as ever, Fabinho shielded the Liverpool defense well as Brighton looked to try and break them down early in the game. As always, he was quietly effective.

Found himself stationed wide on the right in attacks, which didn’t bring the best out of Liverpool’s captain. Wasteful at times with possession and guilty of making the wrong decision too often.

Liverpool’s best player on the day and it seems that, three years after joining the club, Keita is finally making the midfield role his own in Jurgen Klopp’s system. Won the penalty with a shot that struck Bissouma’s arm and was tidy in possession.

Came up with a brave header before beinf clattered by Robert Sanchez for the Liverpool opener. Has settled into the Liverpool side with no issue and his persistent running will quickly end him to the fans.

Was well below his usual standard, although he did convert the penalty to make it 2-0. Was hooked after 65 minutes with what looked to be an ankle injury that could see him miss the Arsenal clash.

Quiet again, but worked hard for the side as he always does. One beautiful dummy in the second half reminded watchers of his quality.

Struggled in a misfiring forward line for the reds, and will have done little to suggest that he should start over Luis Diaz on Wednesday.

Came on to help Liverpool retain possession, and helped them see out what turned out to be a comfortable afternoon at the AMEX.

Cam on for the final 5 minutes. 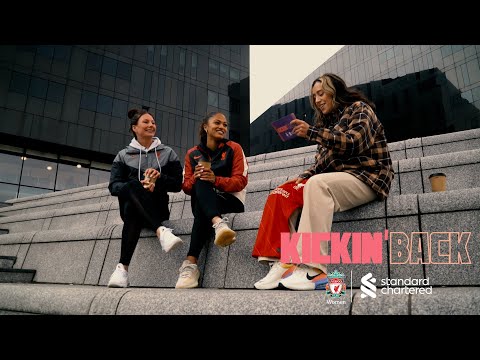 Kickin’ Back: Leighanne Robe & Taylor Hinds take a walk down the Liverpool waterfront 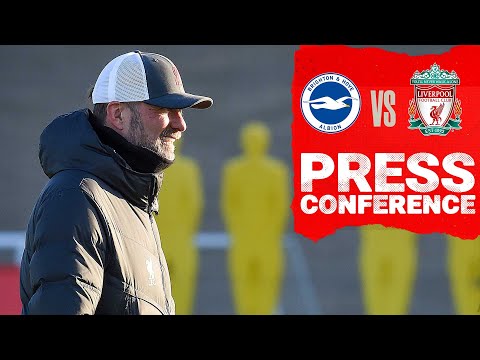