Antonio Conte has for the first time hinted that he wants to be at Tottenham for next season, provided that promises from Daniel Levy and co. are backed in the transfer market.

The Italian joined the club in November, but following their most recent defeat to Burnley at Turf Moor, openly questioned his future at the club.

‘I need to talk to the club’, the Italian said after the 1-0 defeat. ‘Tottenham have to make an assessment about the club, about me. I can’t accept to keep losing. I’m sorry.’

Two weeks later, however, it seems as though the Italian has had a change of heart, and for the first time has committed to the club beyond the end of the season.

‘For sure at the moment there is only one truth – I am committed to this club for another year’ he told Football.London. ‘The club wanted this type of situation and I accepted it because it was good to get to know each other.’

He added that he felt the communication had only improved since he arrived, and he looks forward to it continuing to do so.

‘After four months I think the club have understood the way I want to work and I understand the club. We have three more months till the end of the season to continue to improve our knowledge of each other and then to find the best solution for both.’

Antonio Conte, Manager of Tottenham Hotspur looks on as Tanguy Ndombele is substituted during the Emirates FA Cup Third Round match between Tottenham Hotspur and Morecambe (Photo by Julian Finney/Getty Images)

However, he did send a warning to his superiors that his ambition to win the title had to be matched in the transfer market when the time comes. While Spurs added Rodrigo Bentancur and Dejan Kulusevski in January, there is an expectation that much more needs to be done in the summer.

‘My ambition is to be competitive and to fight to win’, he explained. ‘I want this and I know my heart, my soul, my mind wants these things. I hope myself and the club match each other in this situation.’

‘We have started to do this with these players because we are working really well and in my opinion are improving a lot, but for sure, you need in the future to have other important steps and to have ambition.’

‘And it needs to be ambition with facts and not only with words to become stronger.’

Whether he will be backed is another matter. 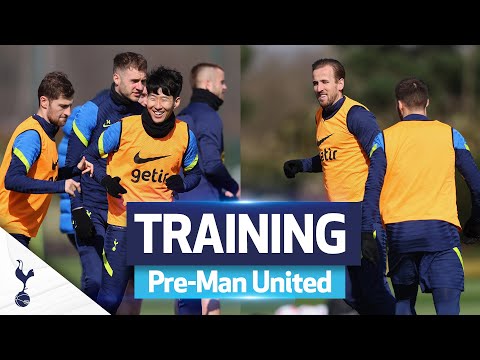 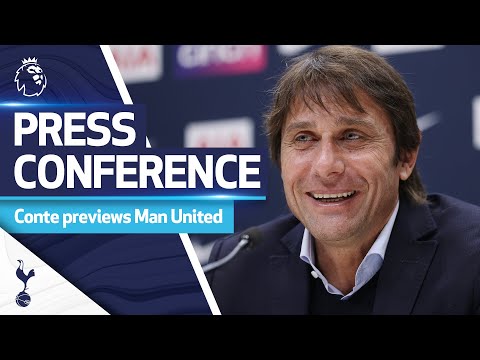 “I think Kane can become the best striker in the world.” | Conte’s pre-Man Utd press conference